A three line inscription on the title page of a 1520 pamphlet from the Richard C. Kessler Reformation Collection (pictured above) was recently identified by the German Church Historian Ulrich Bubenheimer as being in the hand of Martin Luther himself!

The author of the pamphlet–a fictitious dialogue critical of Pope Leo X’s bull that threatened Martin Luther with excommunication–was previously unknown. However, Luther’s gift inscription to Wolfgang Wolprecht, Prior of the Augustinian monastery in Nuremberg, allows us to conclude that it was composed by Johannes Petzensteiner (1487-1554), a fellow Augustinian who had come to Wittenberg from Nuremberg to serve as lector.

We are delighted with this new discovery and with Prof. Bubenheimer’s verification. As Kessler Scholars Advisory Committee member Tim Wengert noted, “Over the course of his career, Prof. Bubenheimer has proved himself to be the premier expert in identifying Luther’s handwriting, having spent his entire career uncovering hitherto unknown inscriptions by Luther. In this particular case, his reconstruction is spot on and helps to show the way other fellow Augustinians supported Luther in the early stages of the Reformation.”

You can compare this new Luther inscription with another item from the Richard C. Kessler Reformation Collection: Luther’s handwritten discussion of some problems of chronology in the Old Testament! 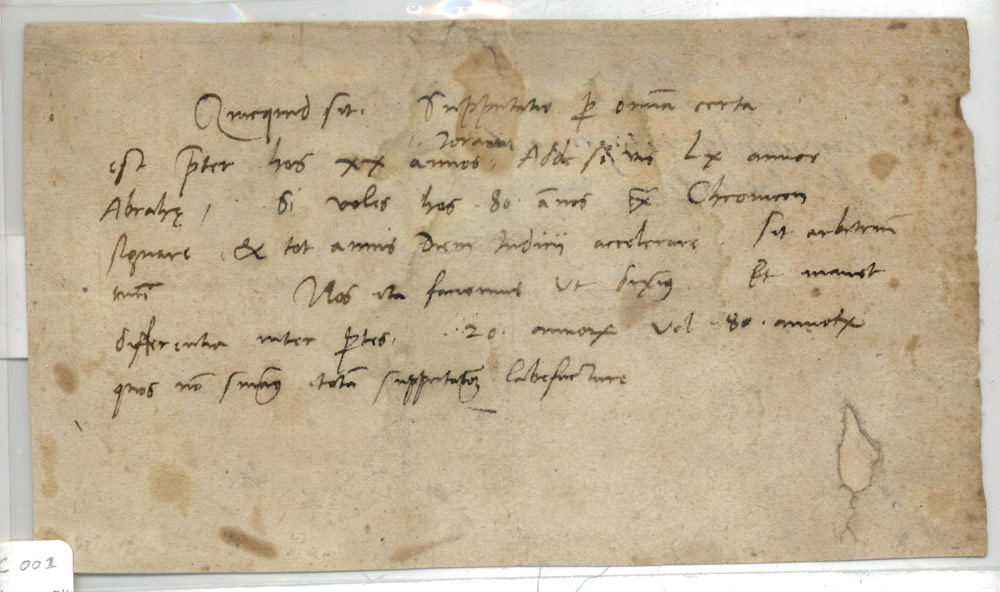 One Reply to “Luther Handwriting Discovery!”