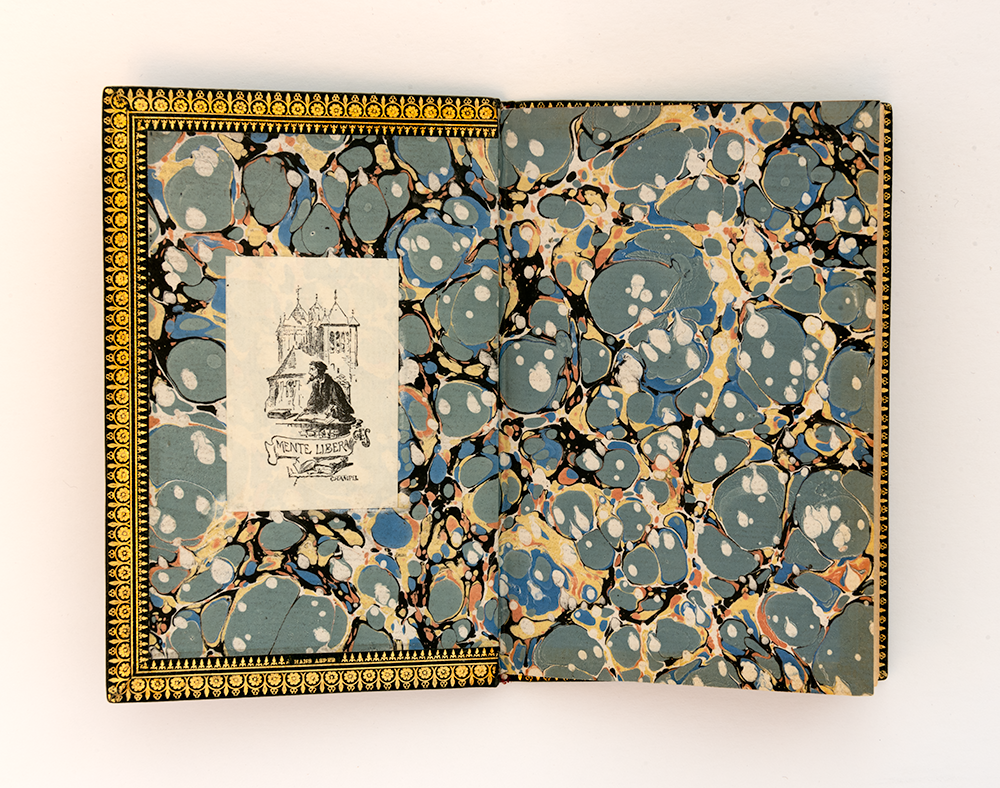 Pitts Theology Library recently added to its Richard C. Kessler Reformation Collection a short tract in the form of a dialogue (a common genre in the 16th century) in which a Catholic monk debates with a Lutheran baker about the usefulness of fasting. The baker wins the argument by arguing that one should not abstain from but enjoy God’s gifts (in proper moderation). The tract, which only has eight leaves, was written by Hans Staygmayer, himself a baker by trade in the Swabian city of Reutlingen. A remarkable detail of this particular copy of the work is the bookplate on its front inside cover. Unlike most bookplates, it does not bear the name of the book’s owner, but instead depicts John Calvin preaching with Geneva’s St. Peter’s Cathedral in the background. A banner below Calvin has the motto Mente Libera (with a free mind/heart). Below it is the name Champel referring to one of the historical districts of Geneva. Almost hidden on the right side of the bookplate are the initials GES for Gaspard Ernest Stroehlin (1844-1907), a Swiss pastor a church historian at the University of Geneva. Stroehlin was an avid book collector, especially of theological source materials from the 16th, 17th, and 18th centuries. When his library was sold in 1912, the auction catalog was issued in three volumes. His books were usually bound by the Swiss bookbinder Hans Asper (1855–1911), often with fine morocco leather, gilded ornamentation and beautifully marbled endpapers, giving them a characteristic look. Prior to this acquisition, the Kessler Collection held six other works from the library of Ernest Stroehlin.