Skip to content
For the 2021 Pitts Summer Reading Blog, Pitts has taken to the hallways of the library and Candler School of Theology building in search of “the best resource you discovered during quarantine.”  This week, we spoke with Caitlin Soma, Pitts’ Acquisitions, Serials, and Assessment Librarian. She takes us on the journey of how one television show lead her to a wealth of pandemic reading. 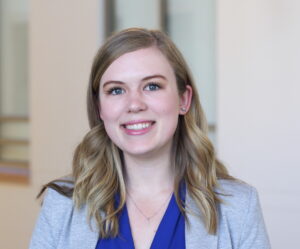 Caitlin reports that last summer she thoroughly enjoyed watching the series Taste the Nation on Hulu, hosted by Padma Lakshmi. She notes, “It’s a fascinating investigation of the intersection of food and politics in the United States and inspired me to seek out some of the best books I read over the past year.” She started with Padma Lakshmi’s memoir, 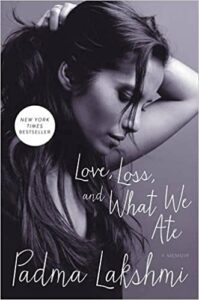 Love, Loss, and What We Ate. Caitlin says, “It was published several years before Taste the Nation was filmed, but I enjoyed the opportunity to learn how Lakshmi’s background influenced her perspective on food. Her cookbook, Tangy, Tart, Hot and Sweet has also been a fun source of new recipes during quarantine.” Emory has online access to Love, Loss, and What We Ate.
After watching the Taste the Nation episode “The Original Americans,” Caitlin realized that she had read very little by Native American authors. So she decided to seek out works that would help her learn more about the history and culture of these groups.
She started with Louise Erdrich’s most recent book, The Night Watchman, which had recently been published. Since she read it, The Night Watchman was awarded the 2021 Pulitzer Prize for fiction! The book tells the story of Erdrich’s grandfather’s attempt to save the Ojibwe tribe from termination interwoven with the daily trials that come with life on a reservation. 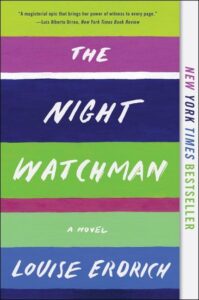 Caitlin then read LaRose, Erdrich’s 2016 novel and winner of the National Book Critics Circle Award for Fiction. It tells a story of grief and family in the Ojibwe tribe. She notes, “Although neither of these novels are light reads, they left me feeling inspired as they both tell stories of strength and hope in the face of desperate situations. Reading them, you will learn about the culture of the Ojibwe tribe, the depth of atrocities committed against Indigenous peoples in the United States, and the strength of the human spirit.” Both LaRose and The Night Watchman are available from the Woodruff and Oxford Libraries, and The Night Watchman is available online for Emory patrons. 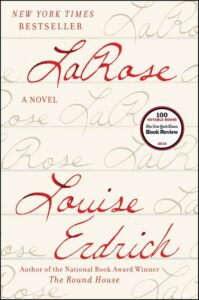 Danielle Geller’s debut memoir Dog Flowers takes a different approach from Erdrich’s novels, as it tells the story of her own complex relationship to her family and to the Navajo Nation. Caitlin explains that, “As a trained librarian and archivist, Geller tells her life story through the lens of artifacts left after her mother’s death. As in Erdrich’s work, the impact of the centuries of mistreatment of Indigenous peoples is clear, but Geller demonstrates this through her own family’s generational trauma rather than a fictional narrative. Dog Flowers shows a struggle of identity as the author sifts through both her mother’s past and her own personal history to discover what it means to be part of the Navajo Nation.”
Dog Flowers is available from the Woodruff Library. 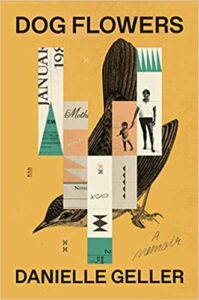 Part of Caitlin’s job is selecting and ordering books for the circulating collections of Pitts, so you can trust that she knows what she’s talking about. Happy reading, and please come back to the Pitts blog to learn of more recommendations.