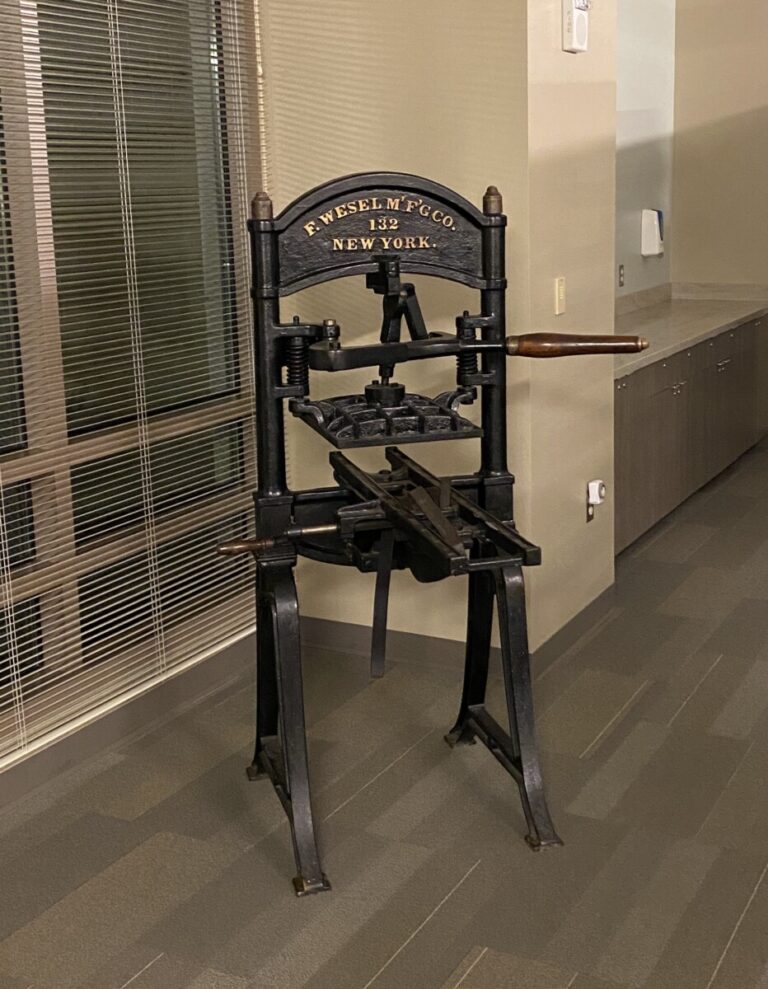 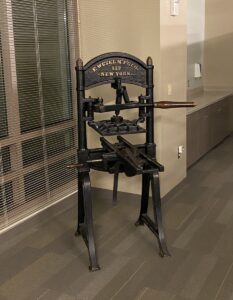 Last July, Pitts was thrilled to acquire a beautiful Washington-style printing press made by the F. Wesel Manufacturing Company in New York and purchased in 1903 by the Western Methodist Book Concern in Cincinnati. The Washington-style press, invented by Samuel Rust in the 1820s, employed a toggle mechanism to lower the platen which pressed the paper onto the inked type. This became the most popular handpress in the United States during the 19th century and was capable of printing 300 sheets per hour operated by a crew of 2-3 people.

How to Operate an 1880s Washington-style Handpress (by Brandon Wason)

Step 1. Attach the paper to tympan.

Step 2. Using a brayer, apply ink to the surface of the form (text or woodcut).

Step 3. Fold the frisket and tympan onto the form (text or woodcut).

Step 4. Turn the crank counter-clockwise to position the bed under the platen.

Step 5. Lower the platen by pulling the bar and then return the bar to its original position.

Step 6. Turn the crank clockwise to position the bed away from the platen.

Step 7. Open the frisket and tympan and remove the printed paper.

Interested in making the printing press a learning opportunity for your community? Contact Pitts to request a consultation!