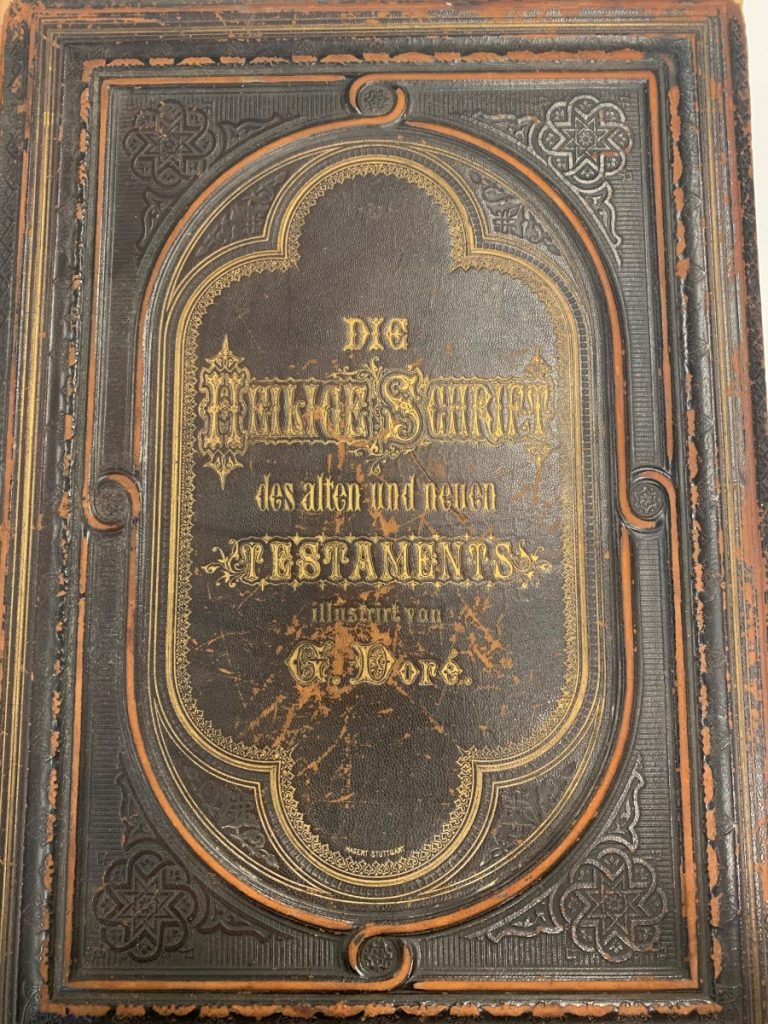 In a year marked by loss, whether due to COVID-19 or any other number of tragedies, finding a way to honor love ones who have passed has been painfully difficult for many. One way that Karen Kasan chose to commemorate the life of her beloved brother, Kenneth Andrew Kasan, was to give.

Among Kenneth’s personal items was the first volume of a German-language Luther Bible, illustrated by the renowned 19th century artist Gustave Doré. Karen made the decision to donate this special item to Pitts Theology Library in memory of her brother.

The French artist Gustave Doré (1832-1883) is primarily known for his wood engravings, which are characterized by realistic, yet often highly dramatic representations of literary and mythological themes. His art was frequently used in book illustrations, and in 1866, he produced a series of 241 images for a recent French translation of the Latin Vulgate Bible—La Grande Bible de Tours. His Bible illustrations were very successful and reused in numerous other Bible publications and translations.

Pitts Theology Library holds 1 Swedish and 8 English Bibles or Bible-related works that incorporate all or some of Doré’s engravings. These are now joined by Karen’s donation of her brother’s German Luther Bible with 230 of the original images. This Bible was issued in 1876 or 1877, and it represents the 4th imprint of this particular German publication, all made within 10 years of Doré first producing his engravings. It is interesting to note that Doré’s name appears in slightly larger letters on the title page than that of Martin Luther, suggesting that the publisher (Eduard Hallberger in Stuttgart) considered the artwork in this Bible at least as important as the scriptural text, at least from a marketing perspective. The images themselves are striking, especially with regard to the depiction of light and shadow, which Doré achieved remarkably well, given the medium of carved wood. 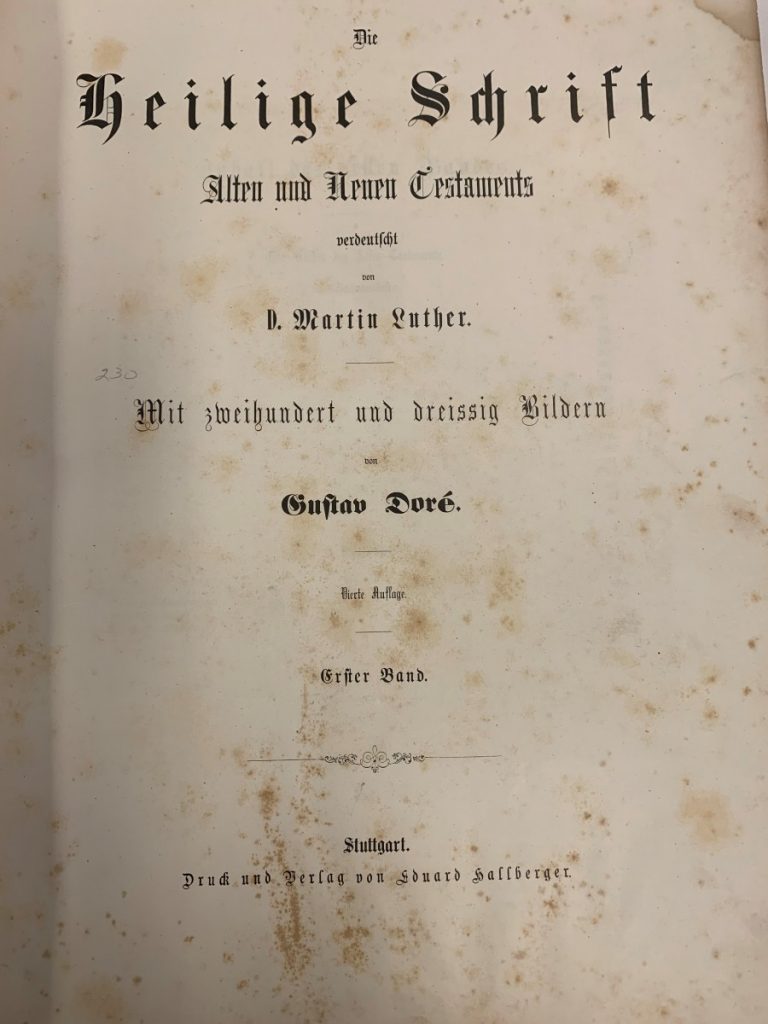 Becky Ardell Downs, a classmate of Kenneth’s 1993 graduating class at Columbia Theology Seminary, reached out to Pitts on Karen’s behalf in search of a home for this important publication, looking to place it in a library where it could be cared for and made accessible to a new generation of readers. Thanks to their generosity, Doré’s Bible is now a part of Pitts’ Special Collections, preserved in the library’s state of the art archival facility and available to researchers and visitors. More than a simple transfer of ownership, in a year of physical distance Karen’s donation is a testament to the power of sharing what is personal with the public. While we don’t have the pleasure of meeting Ken, Pitts is honored to play a role in sharing his legacy with Candler School of Theology, Emory University, and the wider theological community.