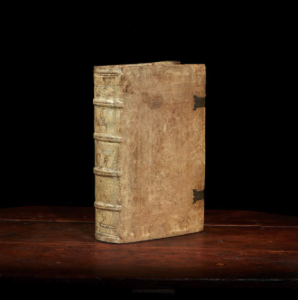 Pitts Theology Library recently acquired a number of incunabula at an online auction, raising the library’s holdings of these books printed in the 15th century to 115. Among these new acquisitions is the first part of a 1485 printing of the Summa Theologica by Antoninus of Florence (1389-1459), initially printed in 1477. Antoninus was a Dominican preacher who served as Archbishop of Florence from 1446 to 1459, occupying an important political office that occasionally put him at odds with the powerful Medici family. He was canonized in 1523 by Pope Adrian IV (who was both preceded and succeeded by a Medici Pope) and has sometimes been called a doctor of the church, although the title was never officially conferred on him. Antoninus’ Summa is considered his main theological achievement and is recognized as providing new impulses in moral theology at the dawn of the Renaissance. The pragmatism that pervades the work and which is informed by his public preaching in Florence has at its core a concern for the good of the civic community, which often stresses the social responsibility of the rich to the poor. The book, which is beautifully rubricated with initials and marginal illustrations in the medieval style, was previously held by the 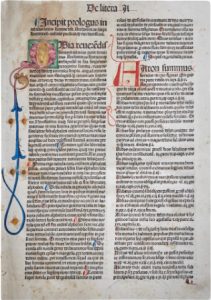 Lutheran Theological Seminary of Gettysburg, PA, and came from the collection of Dr. Jeremiah Zimmerman (1848-1937), a Lutheran pastor, educator, and book collector.

For more information about rare books and incunables at Pitts, click here!