I am ready to fly. I am ready to check a bag, cram my carry-on someplace inconvenient, squeeze into an Economy Minus™ seat, sleep through a movie, and reach my destination with a heart full of anticipation and mild anxiety. While that is not a possibility for me nor for most of the world these days, it is possible for books!

The pandemic has not stopped books and all the other things we buy from taking our places in the sky, journeying where we cannot with those smug smiles on their inanimate faces. While they have been able to take these trips, though, many of them have had some trouble reaching their destination. 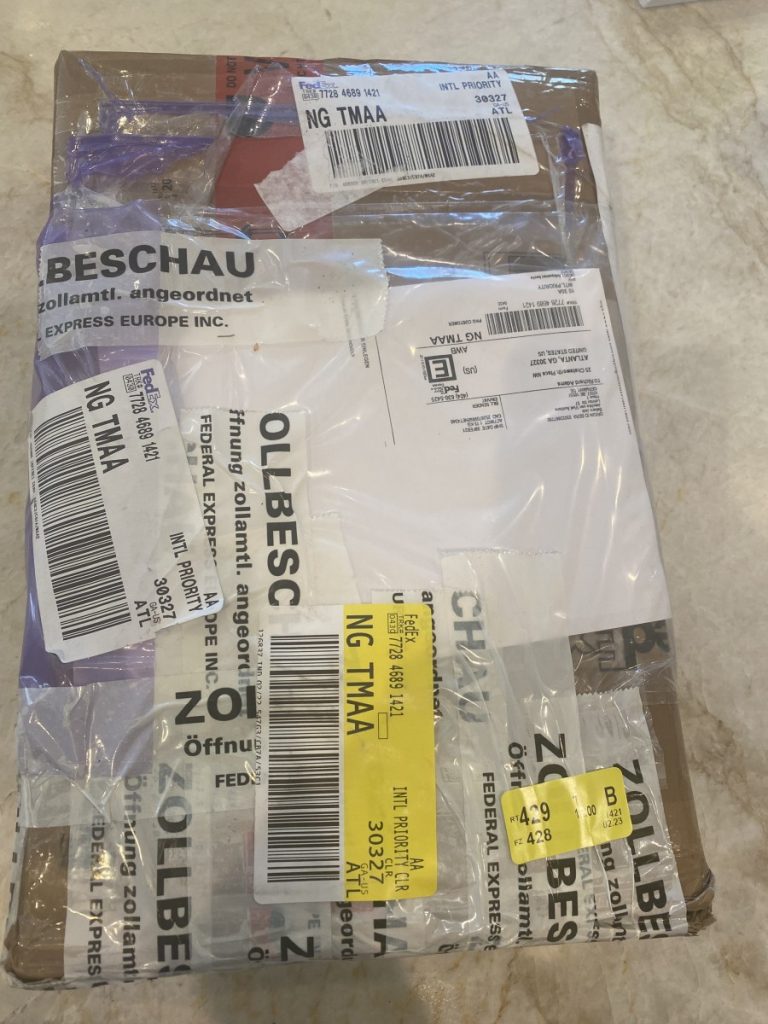 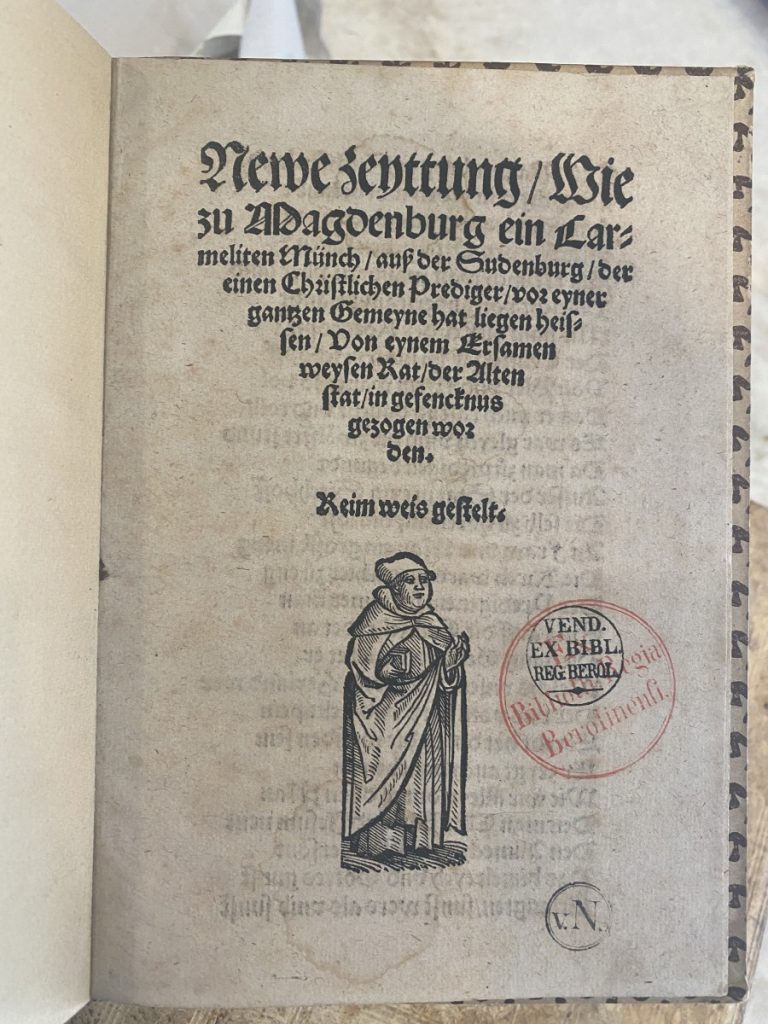 So what was inside this well-traveled package? Armin Siedlecki, Head of Cataloging and Rare Book Cataloger, was thrilled to find and translate this 1542 polemical pamphlet recounting a scandal involving a Carmelite monk in the city of Magdeburg (Newe zeyttung, Wie zu Magdenburg ein Carmeliten Münch …). It tells the story of a drunk monk who attends a sermon preached outside the city by a righteous (Lutheran) pastor and who interrupts the preacher, accusing him of lying and misrepresenting Scripture. In response, the people rise up and begin to beat him, almost killing him, but the monk is taken away and brought before the city council and the mayor. The mayor calls for calm and instructs that the monk should be locked up to await the executioner and thus be placed under God’s justice rather than the mob’s anger. The story concludes with a warning to the residents of the city to keep their dignity, not to give in to anger, and to avoid the company of monks, whose trickery and deceit is more venomous than any basilisk. The pamphlet, whose title Newe Zeyttung can be freely translated as “breaking news,” may report a true story, albeit somewhat sensationalized. The city’s mayor is identified by name as Dr. Schiring, indicating Johann Scheiring, who served as mayor of Magdeburg in 1539 and 1542. The monk himself is only called Roth-Kopf (redhead), which may refer to Valentin Rothkopf, a Carmelite monk who was active in Saxony at the time and who was an outspoken opponent of the Lutheran Reformation. The pamphlet is an interesting testimony to how stories about local religious conflicts were passed on and appropriated for polemical, but also moralizing purposes.

The pilgrimage of this pamphlet proves that people aren’t the only ones  who are subject to flight delays, layovers, and lost luggage. During this pandemic, I’m happy to keep my feet on the ground and let the packages do the traveling!