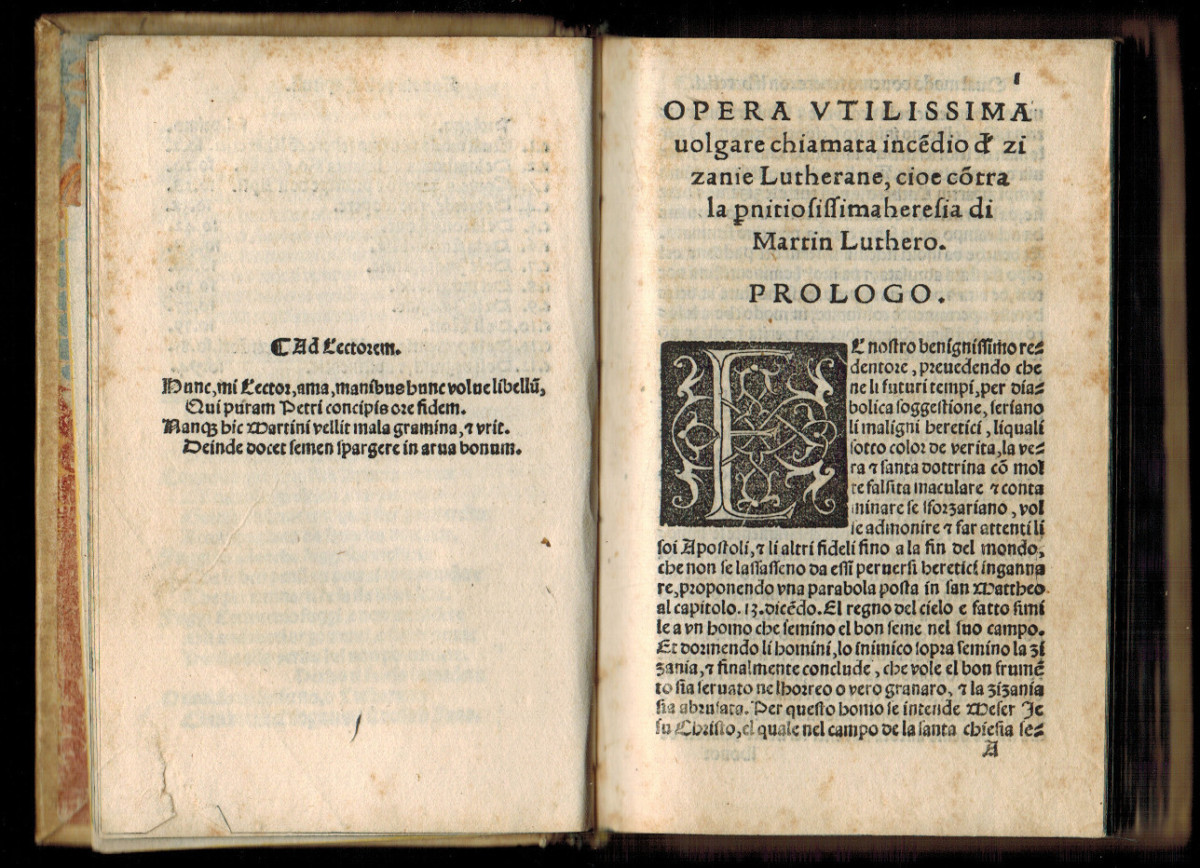 Pitts’ Richard C. Kessler Reformation Collection recently acquired an early Italian response to Martin Luther’s reforms, the only copy known to exist outside of Europe. The work, published in 1532 as Jesus Maria. Opera Utilissima vulgare co[n]tra le p[er]nitiosissime heresie Lutherane per li simplici, was written by Giovanni Pili da Fano (1469-1539), and it is the first known vernacular Italian attack against Luther. This work is sometimes known by its alternative title that appears on the first page of the text, “chiamata incendio di zizanie lutherane [called the burning of the Lutheran discords].” Fano, a member of the Observant Franciscans, writes for the uneducated reader and presents Luther as violently anti-Roman and a threat to all tradition. The spine title on the Pitts copy reads “Contro gli Ebrei / Contro Luther” suggesting that the work was received not only as a refutation of Luther, but also of Jews and non-Catholic Christians in general.

The work concludes with the printing of a satirical Latin song, presented as Luther’s friends “praising” him. Riffing off the classic hymn “Te Deum Laudamus,” the song, which begins “Te Lutherum damnamus” is series of condemnations against Luther and his work. The lyrics were later set to music by the French composer Maistre Jhan (ca. 1485-1538). The Kessler Collection also contains an earlier printing of the Latin hymn by itself (1530 DIRE). This beautiful octavo volume (1532 GIOV), bound in 17th-century vellum with gilt spine titles, will live in the Pitts vault, but it will be available for research, exhibitions, and teaching. 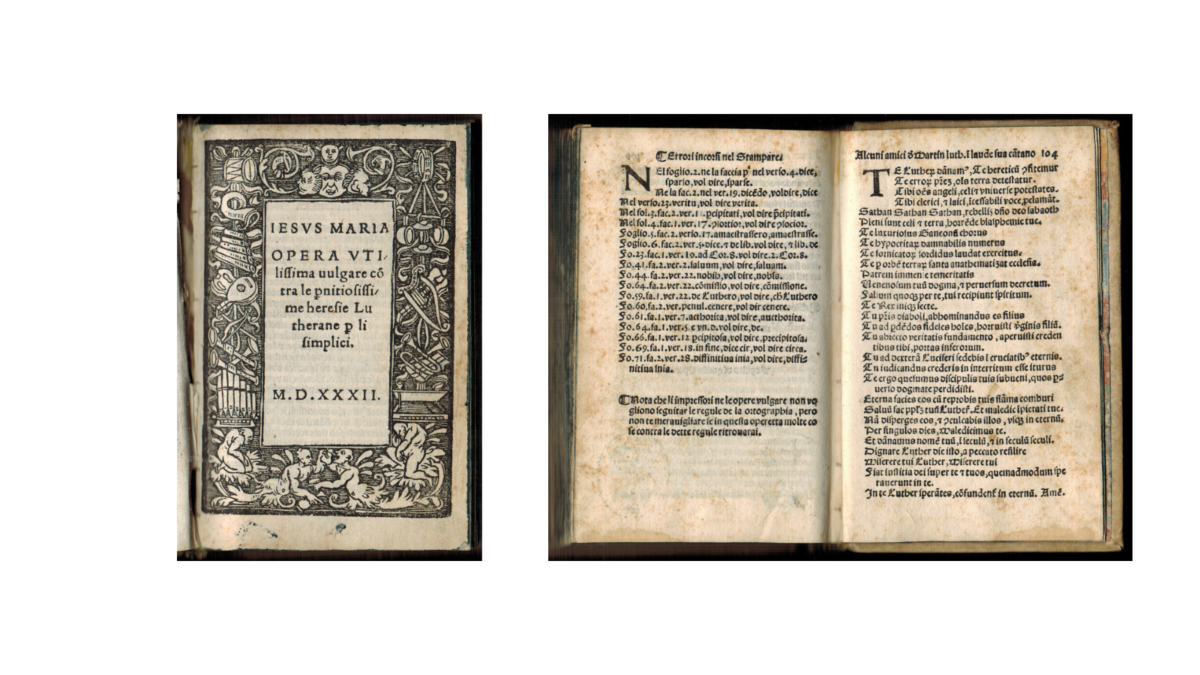